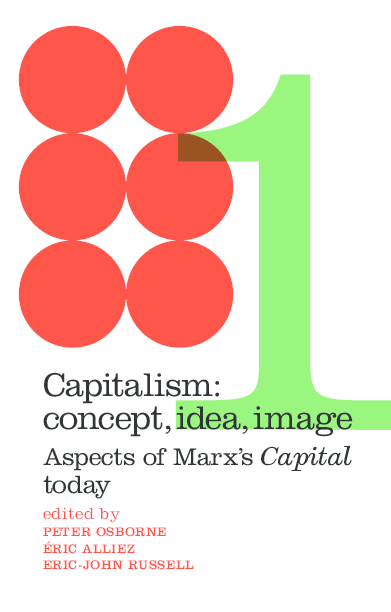 First in a new series of free ebooks from CRMEP.

Drawn from a conference held to mark the 150th anniversary of the first volume of Karl Marx’s Capital : A Critique of Political Economy, these essays from a range of internationally established contributors offer readers a snapshot of debates about the book’s current relevance across a variety of fields and contexts. The volume approaches Marx’s Capital as an exemplary text in the continuation of the tradition of post-Kantian European Philosophy through transdisciplinary practices of critique and concept construction. The essays are grouped into four sections : Value-Form, Ontology & Politics ; Capitalism, Feminism and Social Reproduction ; Freedom, Democracy and War ; The Poetics of Capital/Capital. Each section is accompanied by an image from the 2008 film by Alexander Kluge, News From Ideological Antiquity : Marx - Eisenstein - Capital.