Right Hook : The Attack on Critical Thought in France 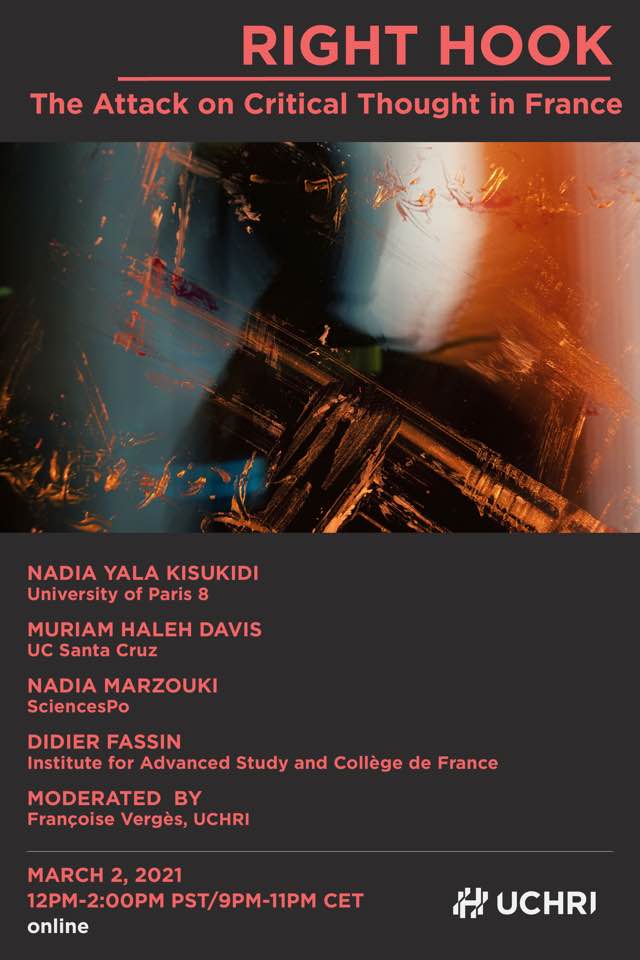 Critical thought institutionalized at and expressed from universities have come under renewed attack of late. In the United States ethnic studies has borne the brunt of current attacks, as they have in the past. In dominant European countries like Germany and France institutional politics have taken aim at what has come to be identified under the banner of “postcolonial studies” inherited from “American academic discourse” and deemed foreign to European values of universalism and postwar “nonracialism”.
In France, President Macron, facing a re-election campaign in 2022, has been trying to outflank the racial nationalism of his rivals like Marine Le Pen by threatening an investigation targeting “Islamo-leftism” and gender and postcolonial studies, those supposedly “society-corrupting ideas” taken up by misguided local academics from their American counterparts. Liberal academic critics like Pierre-André Taguieff are explicitly denying the existence of institutional and “structural racism” in France.
This virtual discussion of leading critical intellectuals in and working on French thought and structures will address the political sources of these renewed attacks, why they are happening now, their implication in and for the French academy, critical political thought and practice, and counter-mobilizations under way.