The fascisation of Brasil :
Putting into Perspective the General Barbarism in Progress and the Resistances to Build 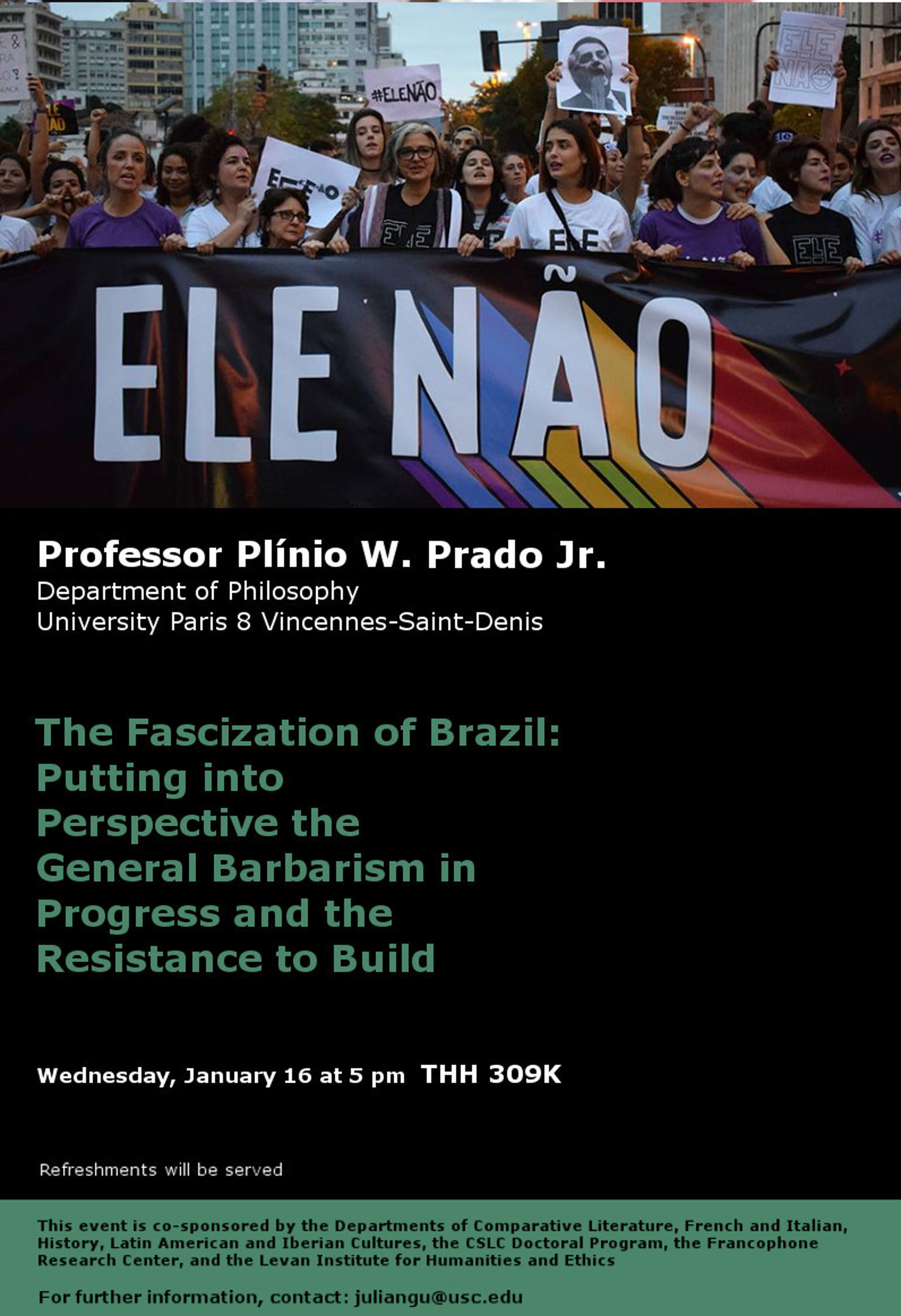 The second decade of the 21st century : human communities are transported in a wave that leads the great States, even in the so-called First World, to a new form of fascism. The new liberal world order, therefore, does not mean only the end of the liberal democracy ; it clearly allows and even claims a new form of fascism (which we will distinguish from historical fascism). It diffuses in the minds the “banalization of evil.”

October 2018 : Brazil turns to the extreme right. Due to the furious brutality of the process of fascization that takes place there, Brazil appears as a true laboratory of the ongoing general barbarism : where this one is shown in its naked and raw truth.

Brazil thus bears witness to the fact that, at the apex of the techno-scientific neoliberal civilization, barbarism is, in fact, a historical possibility. Barbarism is understood here as the state of a humanity whose ultimate goal is the pursuit of unlimited maximization of profit rates at the cost of devastating subjectivities, massacring populations, and putting the environment and the planet in grave danger.

But wherever the human and historical laboratory of barbarism is in its purest state, there is also, at the same time, the place where new forms of resistance to barbarism can and should be upheld. To begin with the invention of new ways of living, of other forms of life, which are incommensurable with the pseudo-values of the regressive doxa that entraps us and functions as an "axiological" alibi for the ongoing barbarism.

On this point, writing and contemporary art constitute the decisive resource (which precisely, insofar as they remain open to the coming of the other, the unexpected, they have always been persecuted by totalitarianisms).

By being able to welcome effectively what escapes all control, the contingent, the not yet determined, writing bears witness to the existence of a remainder. It attests to the fact that something that was not programmed, nor was it expected, can always happen : the event of an encounter or a "revelation," a sudden, unexpected affection, dispossessing the spirit and being susceptible to change eventually the course of life.

Writing, thus, eminently remains the place where anyone who seeks to answer the question and for the question of ethos today can still venture : that of knowing how to live from now on, in times of barbarism.